Duisburg is a German city with about 500,000 habitants in the Ruhr district located in the center of Germany. In the early sixties, it was renowned for its production of steel. Back then, Duisburg-Hochfeld, a suburb that today has 18,000 inhabitants, was a prosperous part of the city. There were so many work opportunities that even people from Italy, Greece or Turkey were asked to immigrate to Germany in order to work for the steel factories. Since the production of steel was reduced, many people lost their jobs and the living conditions in Hochfeld changed and got worse.

Today Hochfeld is a district with a large number of unemployed people, young families, and also a big proportion of people from different countries (58%). In 2015, a lot of refugees from Syria arrived in Hochfeld and stayed. Also people from the southeast of Europe try to improve their living conditions and escape from discrimination in their home villages by moving to Germany. Hochfeld and Marxloh in Duisburg seem to be popular or common to the foreign people. Some may just follow their families.

When you enter a kindergarten you will realize the diversity of the 100 different nations that live in Hochfeld by seeing children who come from Italy, Turkey, Greece, Vietnam, Poland, Russia, Syria, different countries of Africa, Bulgaria, Rumania and many more. On the one hand, it is a nice picture. On the other hand, when people of different nations and cultures are supposed to live close to each other, problems of misunderstanding, conflicts and discrimination cannot be avoided. The prejudices of the parents towards other ethnic groups influence the children´s minds and so the conflicts escalate.

Of course, there are different projects of many social institutions working in this part of Duisburg trying to solve problems of racism and discrimination in order to improve the living conditions of the people and to encourage a tolerant attitude towards all habitants. Especially in Hochfeld there are a lot of persons who have been doing a great job for society for years.

In 1972/73 the Grail-members Hilde Derksen and Silvana Ferraguti laid the foundation stone for the Internationale Initiative Hochfeld eingetragener Verein (e.V.) which is shortened as I.I.H.e.V. Until today, the I.I.H.e.V. is supported by the Grail-Germany. Without this financial help, all the integration projects for women from other countries that help them to learn how to write, read and speak the German language could not take place.

Besides the women’s projects there are groups for children where they can find help for daily homework, help that they cannot expect from their own parents. Furthermore, children can visit groups of the same age to practice speaking, writing, playing games, and having fun.

The Internationale Initiative Hochfeld e.V. tries to empower all families, women, men and children living in the surrounding area by giving them a feeling of belonging and feeling responsible for their home by keeping it clean and beautiful. In one project, the efficient social network and the Initiative invited everybody in the street just to get to know the different opinions, the wishes and worries about the suburb and the neighbours.

After several meetings in our premises with drinks and biscuits, good conversations with the inhabitants helped to reduce any prejudices. By finding similarities and aims that can be interesting and improving for every family no matter their cultural differences. We want to remove inequalities and focus on what brings people together.

Furthermore, there is a new project conceived by a German neighbour. The aim of this project is to have flowerpots with various flowers in front of every house’s door in the street.

By doing this we want to promote solidarity among the local residents and encourage them to talk to each other, work on one project and feel the togetherness that results from the universal interest to enjoy life and to provide beautiful living conditions for the children.

The “Internationale Initiative Hochfeld e.V.” is interested in encouraging interaction between neighbours. We started with little steps, but we make a mark in the right direction like many other societies, too.

I am writing at the time where the Corona-Virus is spreading around the world. One sad consequence of this is that all the wonderful projects of these different community services and social institutes that were planned during the two International Weeks Against Racism that started yesterday (16.03.2020) cannot take place. However, this singular worldwide situation may promote a feeling of `togetherness´ and social responsibility. 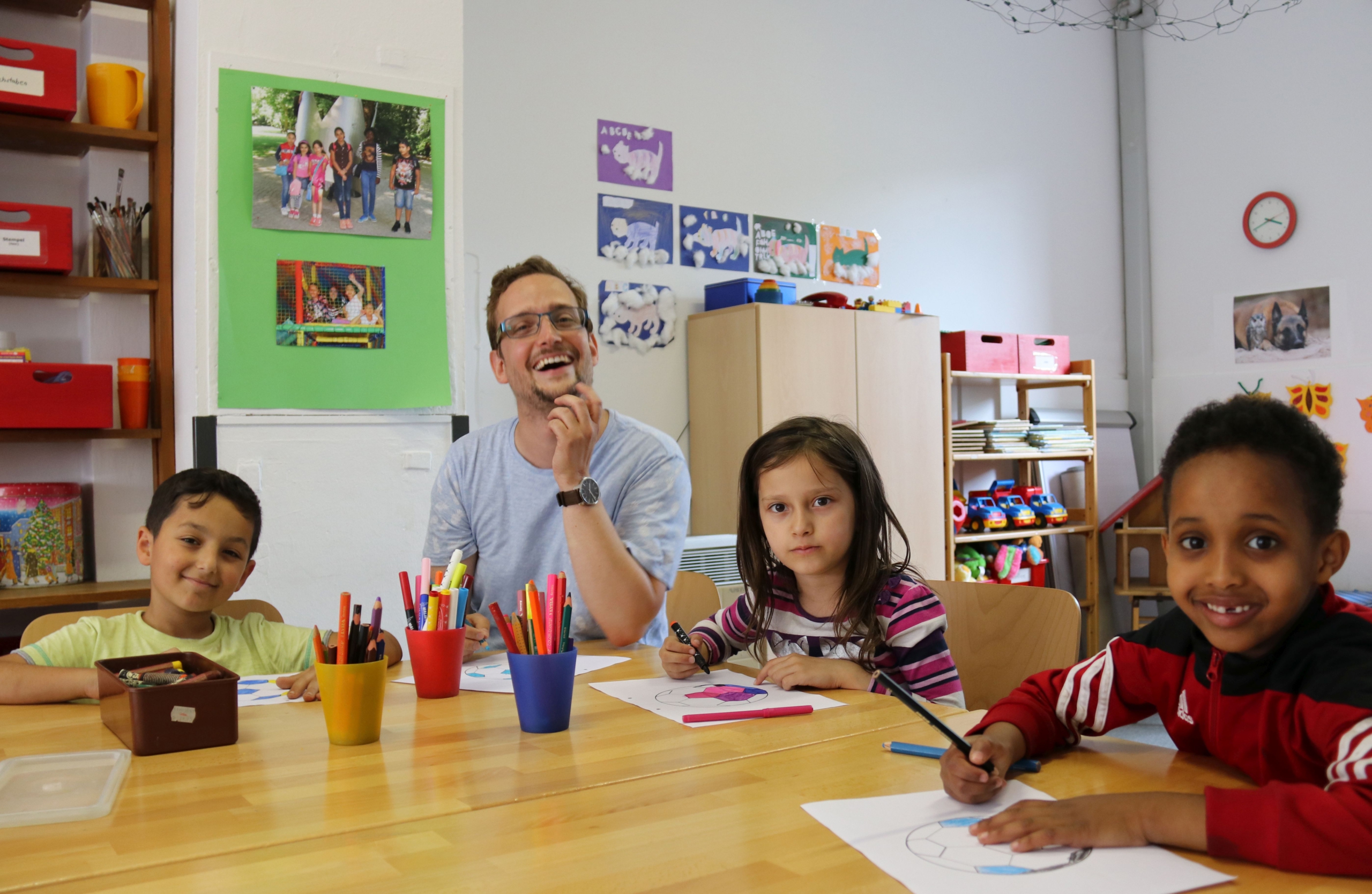